Skip to content
HomePostWhat is the capital of South Africa

Why South Africa has three Capitals?

The reason for the three capitals was due to the establishment of the Union Republic of South Africa in 1961.

Then the other set of people from central came up with the proposal for Bloemfontein as a “completely new” capital.

The Capitals of South Africa

Pretoria holds the administrative branch of government. Earlier Pretoria was the capital of Apartheid South Africa and is situated in the northern province of Gauteng.

In South Africa, It is considered as a city with the most opportunities for high-level studies, with universities such as the University of Pretoria which was established in 1908 is one of the oldest and most significant universities in South Africa.

Pretoria is the second most populated capital city in South Africa.

Pretoria is also called the “Jacaranda City,” owing to the numerous jacaranda trees that sprinkle purple blossoms all over Pretoria’s parks and streets every year.

Pretoria is known for the longest urban street in South Africa, 50-tonne soccer ball built on top of the Lukasrand tower in Pretoria which is a world record, and also has one of the oldest human skulls preserved.

Places to visit in Pretoria:

Is Pretoria safe for tourists?

Pretoria is considered to be a comparatively safe city by South African standards, and brutal crimes and violence against tourists are slightly rare.

Cape Town, the legislative capital, holds the parliament of South Africa. It is the oldest city in South Africa, colloquially named the Mother City. Cape Town has the first downhill tobogganing track in Africa, called “Cool Runnings.” It is home to the Cape Floral Kingdom.

You can discover around 7,000 plants in Cape Town which can’t be found anywhere else in the world.

Amongst the three capitals of South Africa, Cape Town is the most familiar with travelers. It is located along the coast and surrounded by a beautiful mountain backdrop.

Cape Town’s coastal serenity, magnificent hills, and combination of multicultural metropolis made it the best place to visit in the world by both The Daily Telegraph and The New York Times in 2014. This is also the most populated Capital city.

Places to visit in Cape town:

Is Cape town safe for tourists?

Cape Town isn’t an ideal place for women. It’s not 100% safe for solo travelers as well as owing to the crimes in the city. Having said that, if you are keen on touring this beautiful place, always keep an eye on your surroundings. Travel in groups only. Do not wander around after dark.

Bloemfontein, which means “blooming flowers” or “fountain of flowers” in Africaans, is the judicial capital of South Africa. The government also conducts an annual rose festival and is also known as “City of Roses.”

Places to visit in Bloemfontein:

Is Bloemfontein safe for tourists?

Bloemfontein is comparatively safe than other cities of South Africa, You can walk through during the day, but the city is still in a high crime region, and no risks should be taken at any time in and around the city. The chances of street crime and muggings are as high. Don’t get carried away by the easygoing atmosphere.

How is the climate in the Capitals?

The best time to go to South Africa is anytime from April end to October. Here is the time where you can find the best animal safari encounter, which South Africa is famous for. 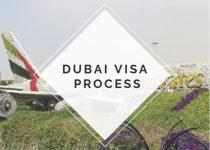 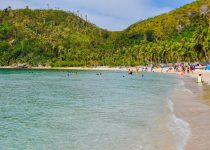